Well my first weekend of craft fairs is over. Saturday was a great day, the fair was full of people and everyone had a good look through my wares and some great comments and even more laughs. It was such fun and a pleasure to be there. The Sunday fair was in a different location and I was joining it for the 2nd day as its first was on the Saturday as well. I gathered that it was busy on the Saturday but dead on the Sunday. I'm not sure if it had a catchment area big enough to sustain a two day event. But add to that a completely horrific day weather wise and people stayed at home, and to be honest who could blame them!

The main thing is that I'm getting more exposure and am getting better at talking to people. I'm such a chatterbox normally but can find it hard with prospective customers. I think the problem stems from the fact that I don't want to be in peoples faces and make them uncomfortable or think that they have to buy something. Yet on the other hand I know that a bit of banter doesn't do any harm. I'm learning to strike the balance and the more fairs the better whether they are successful financially or not. Now that being said if I hadn't done so well on Saturday then I'm sure I would have been more downhearted on Sunday.

I took my 13 year old son with me on Sunday and I have to say we had such a laugh. He's hilarious and kept me laughing for the day. At 4 o'clock he decided enough was enough and that we should pack up and cut our losses. He was of course so right so that's what we did. He is a real people person and a great salesman, just like his Dad. He can talk as easily to a 90 year old woman as he can to a 9 year old. He was never a child to notice such things as age, race, gender, ability or disability. I always hoped he would never lose that outlook and at 13 I'm guessing that that's just the way he is. I'm sure having Sophie (who has special needs) as a sister has helped him see such a wide range of people with special needs that he just doesn't have that fear that a lot of people have when dealing with someone different to themselves. He volunteers every Saturday to play football with older kids with special needs and has so much fun with the lads. His friends too play and I think their exposure to Sophie has also helped them. This is why I think it's so important to have more integration in our society between kids.

Anyway I'm straying off topic. I made a heap of Christmas Aprons most of which have sold but I'll show you the pictures for them here. I've another fair on Saturday and definitely one but maybe two the weekend after. I might call a halt to it after that.

I hope everyone is good x 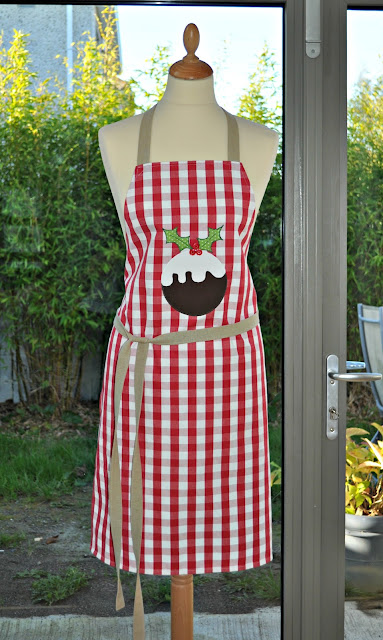 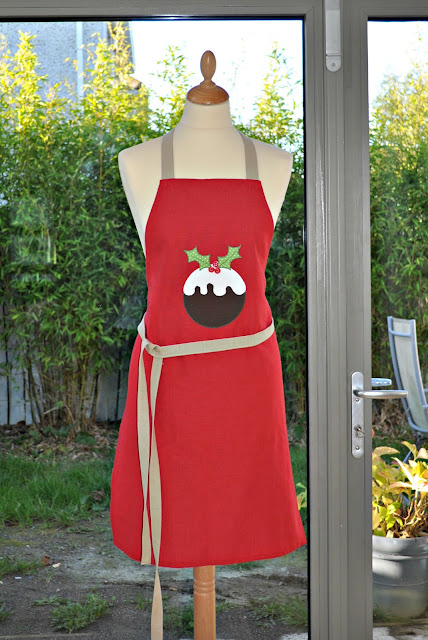 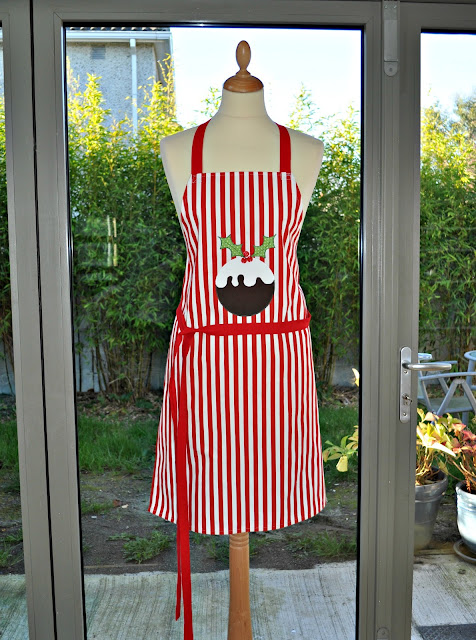 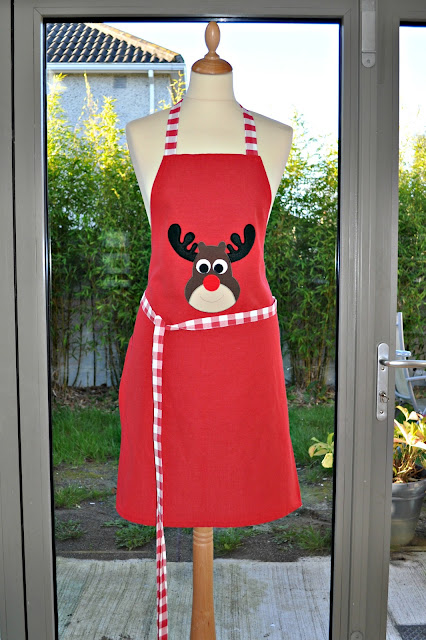 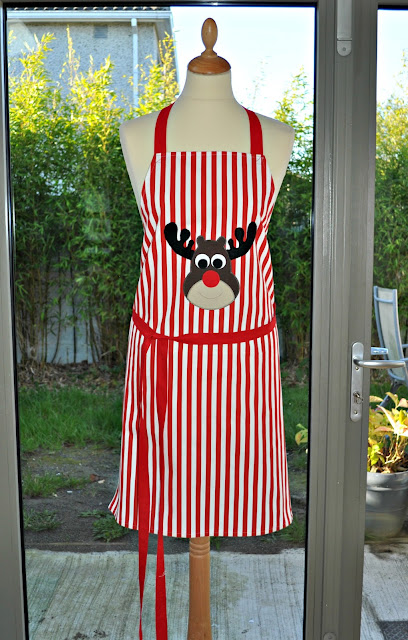 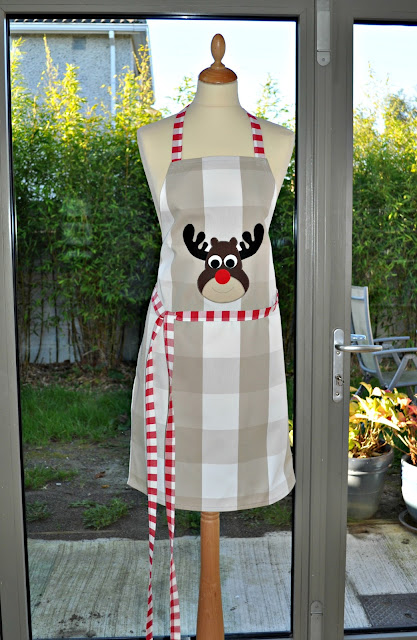 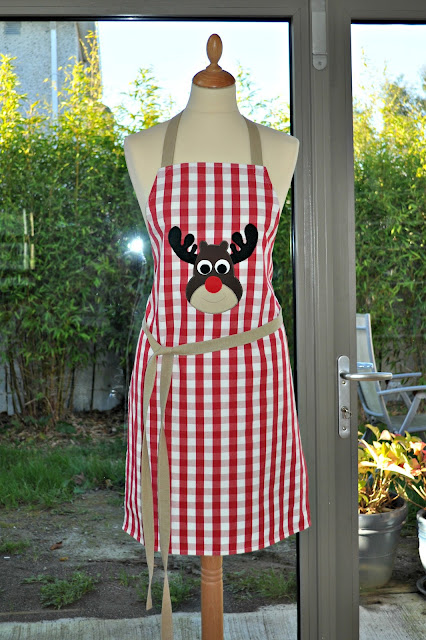 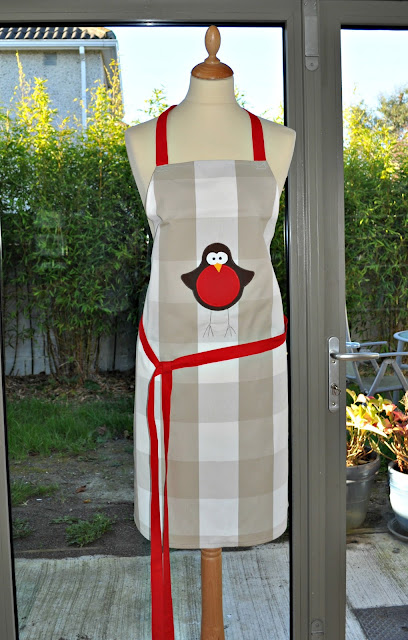 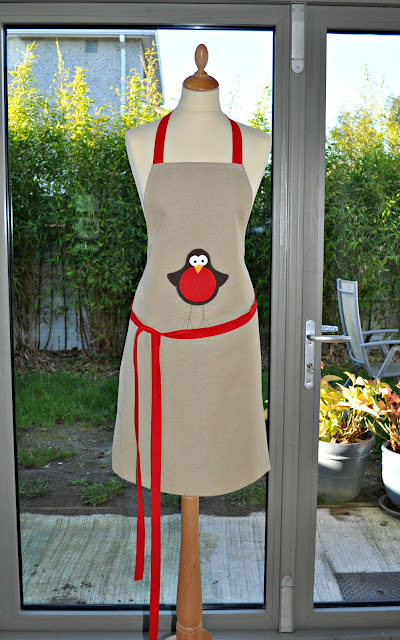 This week I've pretty much done nothing except hand sewing Christmas Tree decorations. I still haven't tackled the actual sewing machine projects that I need to get started. I even transferred my sewing room downstairs so that I could do a bit when the kids got home so really I need to start running up some extra bits and pieces over the next week and a half. 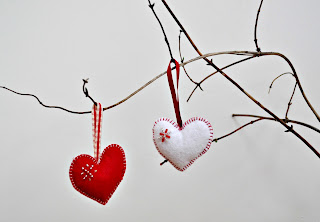 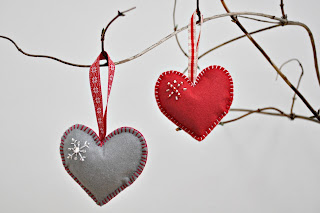 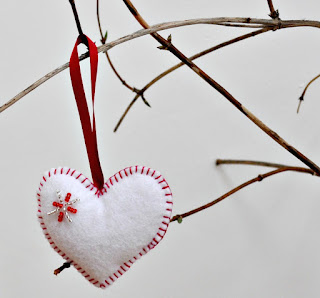 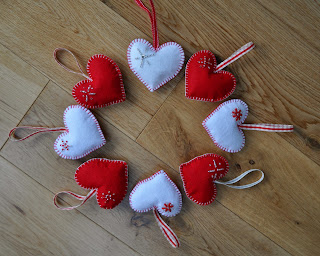 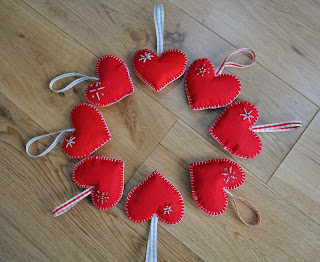 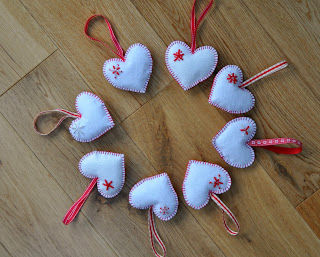 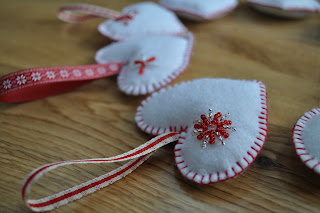 I'm signed  up for at least 3 and at most 4 craft fairs, they are local enough so it shouldn't be too crazy!
Hope everyone else is having a productive week :)
Posted by Sophie Belle Designs at 19:03 2 comments:

I was fundraising for my daughters school today and it was so cold sitting there in the lobby of the shopping centre. We were selling Christmas Cards too and I was saying to my Mum in law how it's hard to believe Christmas is near. Here I am up to my knees in Christmas since September and it's only today that I realise that it's actually around the corner! 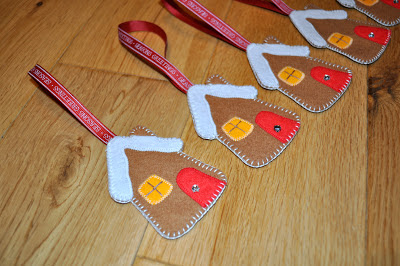 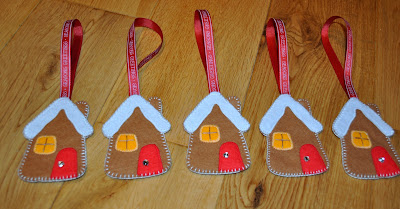 These Gingerbread Houses were so cute to make that I couldn't stop, as you can see! My fingers are pretty battered though.

I made some Xmas baubles and felt hearts too. 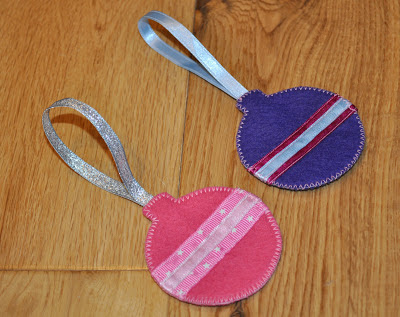 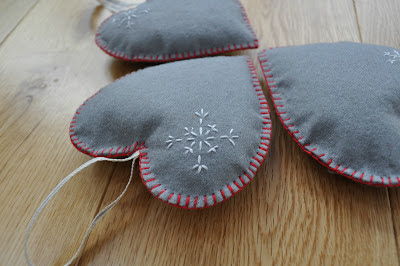 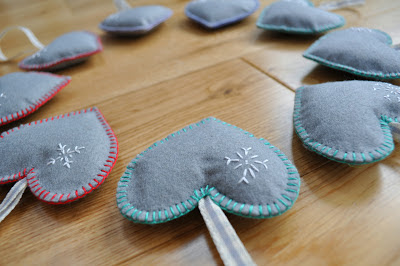 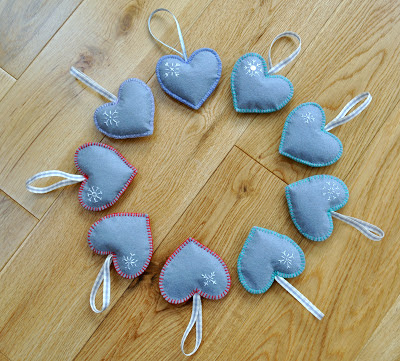 I am signed up to 3 fairs so the stock levels needs to increase, I'm just looking at the fabric I need now for starting on my Xmas aprons and table runners. The momentum needs to continue though as it's only 2 weeks until the first one. Hope you all have a good and productive weekend.
Posted by Sophie Belle Designs at 17:38 1 comment:

Sophie Belle Designs
Lucan, Dublin, Ireland
Hi there and welcome to my blog. My name is Geraldine and I love to sew just about anything! I dusted off my sewing machine a year ago and the poor thing hasn't been put away since. I started to make aprons and then it just went a bit nuts from there. I now make a whole range of designs from quilts to cot bumpers to iphone covers. I live in Lucan, Dublin with my husband and we have two children.